Rick Ofsanko is Principal Owner of Earth Systems, an environmental engineering and consulting firm with offices throughout the Southeast, New Jersey, and North Dakota. Rick has been active in AC Delray soccer and Riptide lacrosse for the better part of the last 12 years, has coached recreational teams for the last 9 years, and has been on the BOD for the last 8 years.  Rick and his wife Trisha have 3 boys, Cole (16), Connor (14), and Christian (7), that have participated in the AC Delray recreational and travel programs 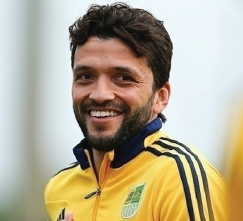 Edmar De Lacerda was born and grew up playing soccer in Brazil. He flourished through his youth and played for the top teams including Paulista and Internacional.  With such promise, he made an international jump to the Ukraine. He had a very successful career for 15 years there playing for Tavriya Simferopol, Metalist Kharkiv, and Dnipro from 2002-2018. He became a Ukrainian national in 2011 and was immediately recruited by the Ukrainian National Team.

This gave Edmar the opportunity to play in some of the most important leagues in Europe like the Champions league, Europa league, UEFA Euro champions league, World Cup qualifier. A highlight in his career was a top performance in the 2014 World Cup Qualifier he showed his capability to be a game changer by giving the assist providing the first goal against France in the qualification play-off which finished Ukraine 2-0 France.

In 2016, Edmar decided to make the move to the United States with his family. Moving to South Florida. Here he became acquainted with another coach, Luiz Franca. Together they are a part of Hurricane FC looking for lost talents in south Florida.

John is the president of Kennedy’s Quality Homes Inc, a local construction company.  He was born and raised in Delray Beach, played recreational and travel ball for the Delray Beach Soccer League. He has three children, Michael, Madison, and Nicholas whom have played for the Delray Rocks, AC Delray, and Delray Riptide Lacrosse, John has had the honor to coach his children in the sports that the city has to offer. John has strong ties with the police department as his father was an officer for the city of Delray, and he currently sits on the board for Delray Riptide Lacrosse.

Chris is the Principal, Managing Member of Premier Client Investments, LLC (PCI), a Registered Investment Advisory firm in Delray Beach, Florida. He has helped to manage money since 1999.  In 1998 he assisted in the Economics, Research and Development Department at the World Trade Organization (WTO) in Geneva, Switzerland.  He has served on the boards for AC Delray, Delray Beach Athletic Club and Riptide Lacrosse since 2015 and considers it an honor.  Chris holds a Bachelor of Business Administration degree with a Finance Major extensively focusing on Financial Engineering from Kent State University in Kent, Ohio.  He is married to Jennifer Hickman and has three children, Alexander (Xander), Zoë and Logan. 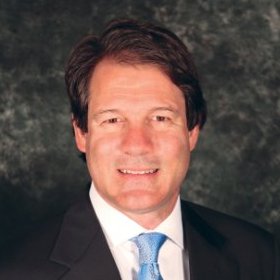 Joe is a Sr Director of Information Technology at TransUnion’s Specialized Risk Group division.   He’s held leadership positions for the last 15 of his 25 years’ of experience in technology based businesses.    Joe has always sought out means to help the community in parallel to his technical abilities.  He is a trained firefighter paramedic, and has served as such in the cities of Jacksonville, Fort Lauderdale, and Chattanooga.  He is currently serving the community as a sworn law enforcement officer with the Palm Beach County Sheriff’s Office as a Reserve Deputy.  Joe began playing soccer competitively at the age of 7, and still drags himself to the field nearly 40 years later.  He is honored to  sit on the board of directors and serve as Treasurer for the AC Delray Soccer Club, and passionately believes in introducing and developing children to the sport in the Delray Beach area.  Joe is married and has raised his two kids in the South Florida area where he has lived for 23 years.  He is a licensed pilot, scuba diver, amateur radio operator, and enjoys numerous other hobbies.

A South Florida native, Robert “Bobby” Lanza is a Delray Soccer “lifer,” having joined the club as a player in 1979 at the age of nine.  He gained his USSF Referee license in 1981 and began coaching for the club at age 15.  He has coached at both the recreational and competitive levels for over 30 years, earning a USSF “D” license in 1998.  He joined the club’s Board of Directors at age 17 as Director of Publicity, was the club’s Referee Assignor for 10 years before becoming Director of Rec Soccer in 2000.  He served in that capacity for eight years.  He has served as the club’s Secretary since 2008.  Bobby has been married to his wife Anne for 13 years, and after coaching “other people’s kids” for 20 years, now has the honor of coaching his own sons, Alex (age 12) and Aidan (age 6).  A 1993 graduate of FAU, in his real life, Bobby is a middle school English teacher, having taught and coached the boys’ and girls’ soccer teams at St. Mark Catholic School from 2002-13 and at Franklin Academy Boynton Beach since 2013.  His favorite teams include Bayern Munich, Nottingham Forest, Fort Lauderdale Strikers, Miami Dolphins, Miami Heat, Atlanta Braves, UM, and FAU.

Paul grew up in England where he developed into a computer nerd and huge soccer fan. He moved to Florida in 1990 to develop in the software industry, marry and to father soccer players. He is a Senior Software Architect at IBM, designing and building cloud services. Paul is married to Senja Petrujkic and has 3 sons, all of whom play/played in the Rec program at AC Delray for many years. Paul has been coaching Rec teams in AC Delray since 2001 and is still actively coaching. He has served on the boards for AC Delray and Delray Beach Athletic Club for the past 10 years. 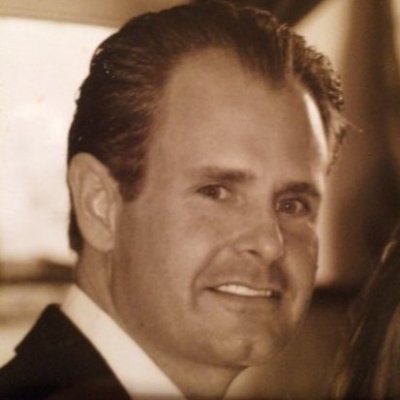 Montgomery Byers, or "F.M." as he is known, is the CEO of SMDigital Partners, an international digital marketing agency with offices in South Florida and South America.  A serial entrepreneur of late, he has held numerous leadership positions in companies large and small.  While technology, solving problems and creating things is his professional love, one of his other passions is of soccer.  As a Soccer Dad, competitive player, coach and Board Member, he is honored to be serving the youth of Delray Beach.  He has served on the Boards of AC Delray and Delray Beach Athletic Club since 2013.  He graduated from Lake Forest College with a degree in Psychology. He is happily married to Beatriz Byers and has two children, Sophia and Monty - both of whom play for AC Delray.