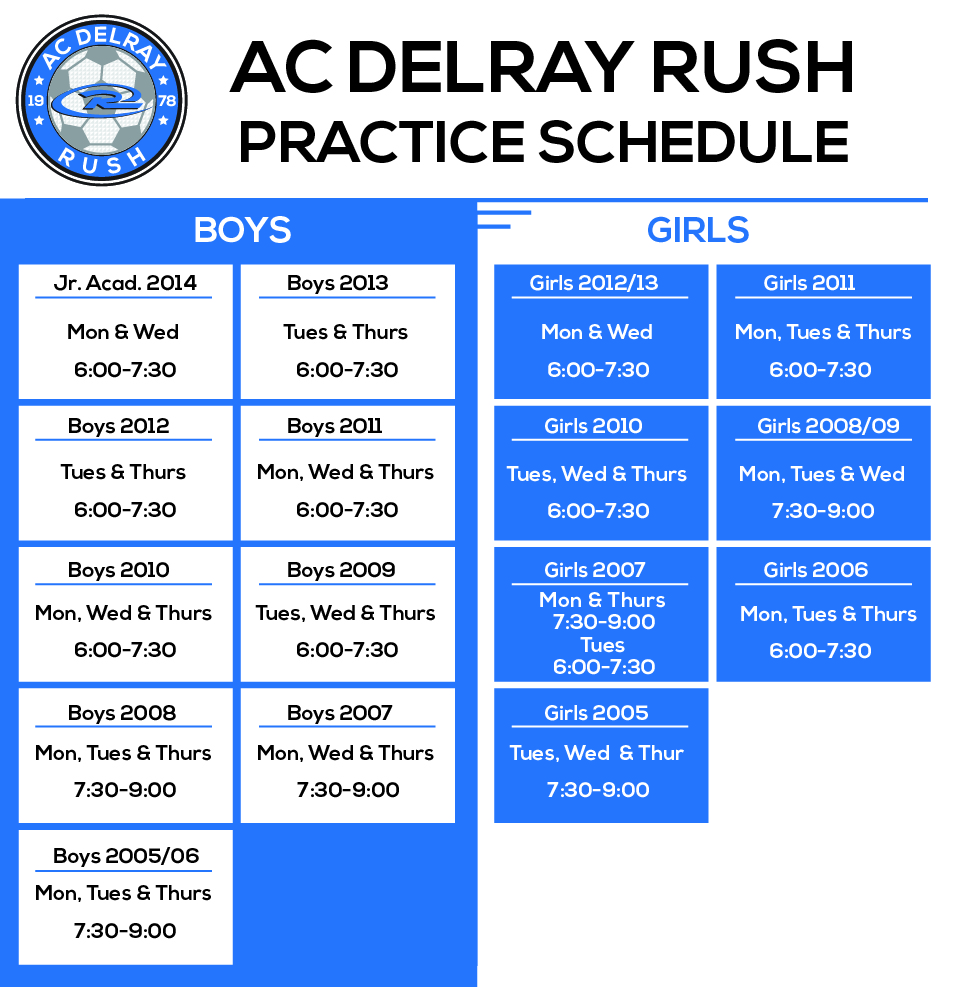 Participation in the Travel program requires a financial commitment which can be broken down into the following categories:

Players will train x2 per week with a professional coach and play in-house games in our recreation program.

Players will train x2 per week with a professional coach and play in local leagues such as Palm Beach Soccer League and South Florida United League. Team travel will vary between PB County and Broward County. Some travel to Miami Dade may be required.

Players will train x3 per week with a professional coach and play in local leagues such as Palm Beach Soccer League, South Florida United League depending on the level of the team. Team travel will vary between PB County, Martin County, Broward County and Miami Dade. Some of our Elite level teams will play in Statewide Competition if they meet the requirements.

League Application fee's for two leagues (Typically Fall Season and Spring Season) are covered in the Registration cost. Referee fee's not provided and will have to be collected by team managers based off the number of games the team receives (typically 8-12 games) Any extra leagues or scrimmages that the team decide to play in must be shared equally among the team members and collected by the team manager.

If a player/parent asks to be released from AC Delray Rush or transfer to another club prior to the end of the season the player/parent will be required to pay a release/transfer fee in the amount of $250. Also, any remaining program payments must be made before the release will be granted. Season ending injury would require a doctor note in order to secure release.

Scholarships are available to players who qualify, based on income guidelines set by the Club. The applicants will need to show serious commitment to the Competitive travel program, show dedication to the sport and will be required to participate in a community service program/fundraising when asked. Contact nick@acdelrayrush.com for information.

All Club Fees are non-refundable